Is hunting only for men? No way! More and more women are expressing an interest in hunting and getting involved in the sport. While it’s been a slow start, women are finally being recognized for their place in hunting. Today we’re taking a look at some of the top female hunters in Canada! 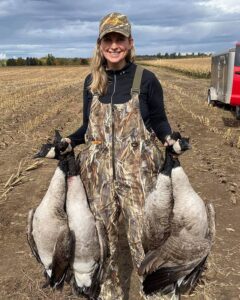 Dana Murray is a wonderful representation of women in hunting. She is the founder of Canadian Huntress, which a lifestyle brand she created, centred around hunting. She inspires women to start hunting at any age, as she didn’t start as a child. Her blog includes helpful tips and information for women hunters and anglers.

She is also the host of Wild TV and Canada Hunts TV, further demonstrating her knowledge in the sport of hunting and the outdoors more generally speaking. 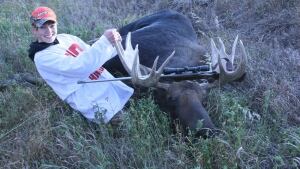 Danielle Bergen took the world of hunting by storm from a young age. As one of the top female hunters in Canada, she has inspired and encouraged other young women to start hunting.

Taking down a black bear back by the age of 13 with a bow and arrow and making it as a semi-finalist in the show “Extreme Huntress” in 2014 by the age of 20, is no small feat. This Saskatchewan native is showing all young Canadian women that they can do it too! 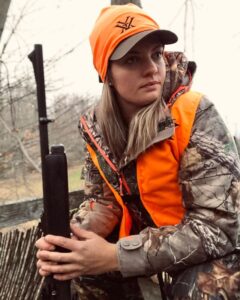 Hailey Olivia is another outdoor enthusiast! She works alongside Dana Murray as a host for Wild TV and Canada Hunts TV.

While she mostly shares hunting content on her Instagram, she isn’t afraid to show her feminine side, wearing bright red lipstick and dresses. As one of the top female hunters in Canada, she’s a great role model for younger women or girls who aspire to get into hunting. She shows them that they don’t have to be defined as just a hunter and can express all sides of themselves! 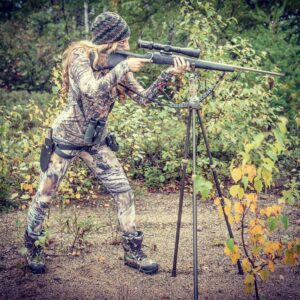 Amanda Lynn Mayhew is a professional huntress, wife and mother of three. She was born in Northern Ontario but now resides in Southern Ontario where she is also the host of the TV show “THAT Hunting Girl”.

Her passion for the outdoors, conservation and education led her to create Just Hunt Inc., which is used to empower and inspire others to go after what they want in life! Amanda Lynn’s dedication and hard work continue to amass over 100k followers on all social platforms and receive the Hunting Ambassador of the Year award in 2019. She’s proof that everything you want is within reach. 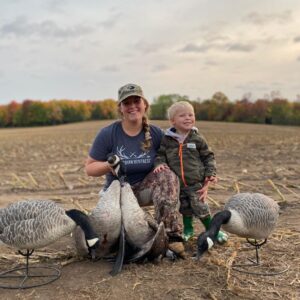 As a brand ambassador for Canadian Huntress, Jen Garet promotes hunting, fishing and all things outdoors. What makes her unique is how she involves her family and children in her hunting content.

She shows the reality of hunting as a young mom, placing importance on a balance between family life and her time spent hunting. 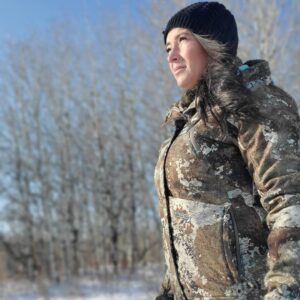 Kassandra is also a mom who loves hunting and isn’t afraid to show it! As a host for Canada Hunts TV and Pro Staff for DSG Hunt, she’s doing something right.

She also shows how hunting can be a family affair, hunting with her children by her side on a regular basis. She’s looking to pass down her knowledge to her family, while also teaching new hunters what it’s all about! 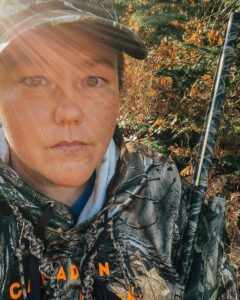 Lee Ross is an experienced hunter and also Canada’s National Fishing Week Ambassador! She shares stories and photos of hunting deer, grouse and other animals throughout the country.

Her Instagram stories on hunting are informative and helpful if you’re a beginner looking for some solid tips! 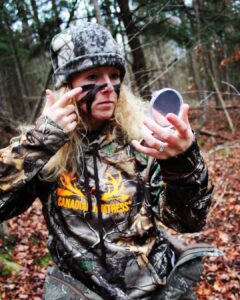 Chrissy Clement works closely with Canadian Huntress and loves to show other women how wonderful hunting can be! She dabbles in fishing as well, as she’s a multi-species angler, always enjoying the outdoors in some way, shape or form!

She owns who she is and loves to share how hunting has impacted her life in a positive way. Her passion translates to other aspects of her life such as baking, where she creates camo coloured cupcakes with antlers on top. 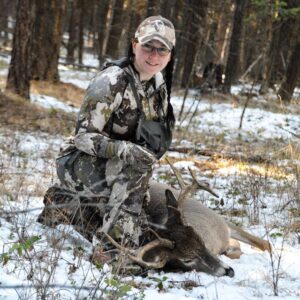 As one of the top female hunters in Canada, Nikita Dalke inspires other women who’s parents don’t necessarily hunt. She began hunting at a young age, after expressing an interest when her grandparents had been hunting.

Nikita was also a part of the “Extreme Huntress” competition in 2014, where she was a finalist. She continues to hunt and share tips and stories about her life on her blog. It’s awesome to see how far she’s come and her continued love for the sport of hunting!

The female hunters in Canada are inspiring to both men and women who hope to exceed in this sport. Before you go, check out the top women anglers in Canada!

When you’re ready to hunt, LandPass is a free app that connects explorers with exclusive land to hunt on! Learn more about how you can start hunting on new land or sign up to list your land here.