Canada is one of the best places to deer hunt! As such a large country, choosing a place to hunt can be challenging. Some provinces are better for hunting specific game than others. Let’s take a look at the best deer hunting provinces in Canada and you can decide which one takes first place! 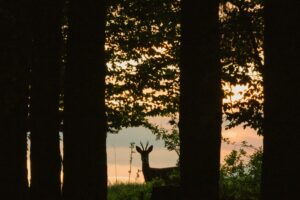 When is deer hunting season in Canada? It varies depending on the wildlife management unit you’re planning to hunt in but it typically starts around October.

In some cases, the season may start in September, lasting until mid December. It’s time to go out and make the most of this hunting season before it ends. If you’re from Canada, you have many places to choose from. Which province will you be hunting in this year? 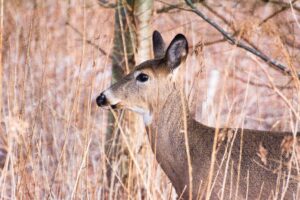 New hunters may not know the best places to hunt in Canada. These three are definitely up there when it comes to deer hunting but we’ll let you be the judge!

It may come as a surprise that Saskatchewan made the list. It’s probably not the first place that would come to mind when thinking about deer hunting but it’s actually one of the best places to hunt whitetail deer in the world!

West-central Saskatchewan is home to three out of four of the usual white-tail bucks you’d find in Canada. The province definitely ranks in the top four of the country in terms of number of animals taken over the past 20 years. The best time to hunt deer in Saskatchewan is the mdidle two weeks of November but it can extend till the end of the month.

British Columbia is another province that is known for its deer hunting. Black-tail deer was first found in Haida Gwaii and the population grew steadily over time due to a lack of predators.  The number of deer has actually gotten a little out of hand and become a nuisance to those living on the island. That means you’ll be able to walk away with 15 deer per year if you’re hunting on the island.

Deer hunting in British Columbia sets you up for success with high chances of making a kill. It also provides hunters with the opportunity to explore the biologically diverse and naturally beautiful parts of Canada.

When it comes to deer hunting in Canada, Quebec might take the cake! Anticosti Island is known to have the highest concentration of white-tail deer in Canada. With about 166,000 deer or roughly 21 deer per square kilometer, Anticosti is neck and neck with some of the southern states in America.

Similarly to Haida Gwaii in British Columbia, this part of Quebec had little to no predators to ward off the deer and that’s why there are still so many to this day! As you can imagine the deer hunting at Anticosti Island is any hunter’s dream. 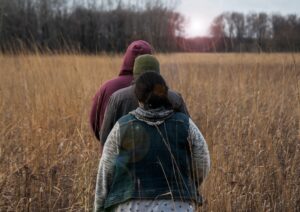 Ontario is the most populated province in Canada soyou may think there would be many places to deer hunt. While deer hunting in Ontario still happens, the white-tailed deer don’t tend to survive well in the harsh winters the province generally sees. In 2019, the province saw a substantial drop compared to previous years.

While there may be less deer to hunt, you’ll find more black bears, moose and elk in Ontario.

Before You Head Out … 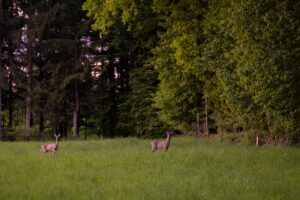 Now that you know the best deer hunting provinces in Canada, you’re all set to book your next hunting trip! LandPass is a free app that connects hunters and anglers with landowners who are offering the use of their exclusive land.

Find out how you can get started with LandPass and check out our hunting methods and techniques before you take off. Make sure to come back to our blog each week for new hunting and fishing tips and tricks!