Skip to content
Home/Hunting/The Most Legendary Hunters
Previous Next

The Most Legendary Hunters

Every sport has professionals that guide the way for the rest who follow in their footsteps. Whether you’re new to hunting or you’re a seasoned hunter, it’s important to know about the industry experts. They provide valuable information, tips and tricks, and keep you on your toes while becoming better at the sport of hunting. Hunting is a difficult skill to learn and practice, which is why we’re taking a look at the most legendary hunters to provide some insight! 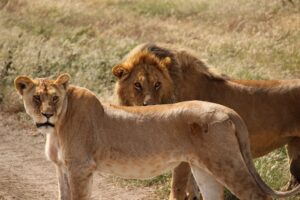 Ben Lilly is an American hunter from the early 1900s. He spent his childhood learning to track and hunt bears and cougars in the wild and had a reputation for being one of the most effective mountain men of his time!

Jack is another hunter from the early 1900s who started writing for the magazine Outdoor Life, becoming one of their best writers. He was known for his unique skill in sheep hunting. He was one of a handful of men to hunt a wild sheep species in North America, sharing stories of his experience and adventures along the way through writing.

If you were ever in need of a strong-willed and aggressive hunter, Jim Corbett was your man! He was known to hunt man-eating species such as leopards and tigers and became quite famous for his hunts. He was so famous that India’s first national park was named after him. Talk about a legend in the hunting world!

Ernest Hemingway may come as a surprise if you’re new to the hunting world. He was predominantly known as a great American writer and didn’t grow up hunting. While he didn’t get into hunting as a child, he grew up spending a lot of time in the outdoors and that eventually led to him entering the world of hunting as an adult. He became an experienced big-game hunter in his adult life, spending months writing and hunting in Africa in 1933.

Teddy Roosevelt is next on the docket! As an avid hunter, he took off with his son in 1909 on an African safari and it surprisingly turned into a world-renowned safari. They came back with 1,100 species and amazing stories to share.  During this trip, he encountered a rhino that charged at him and he was able to stop him in his tracks just in time!

As a legendary bear hunter, Davy Crockett killed over 100 bears in one year alone. He was an Indian fighter and hunter who grew up spending lots of time outdoors. He perfected his sport and found his place in history.

Daniel Boone had an interesting history with hunting. He was in the bad books of natives who saw him as a trespasser on their land and even captured him at one point! His hunts were intense, as he would spend months on expeditions. I suppose that’s how he gained his recognition as a hunter!

Bowhunting is a whole different ball game and Howard Hill is one of the best of all time! His lion and leopard hunts were one of the first to be captured on film in the 60s. He also took down an elephant by bow and arrow which is an unimaginable feat without the technology we have today.

This list wouldn’t be complete without mentioning the famous buffalo runner – William Cody or Buffalo Bill. If you’re wondering how he came to get that nickname, it was because he killed 4,280 bison within a mere 8 months. That’s not something you see every day! 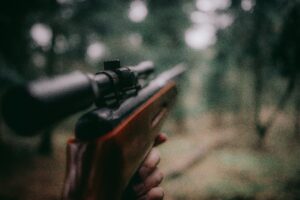 So you want to follow the lead of these legendary hunters and go pro? Very few people make a living as professional hunters but it is possible! While many hunt strictly for the love of the sport, you can make it a career if you put enough time in.

The first thing you’ll want to do is establish what specific type of hunter you are. Are you a big game, or small game kind of guy or gal?

The application process doesn’t exactly follow as most jobs do and it’s not a one size fits all by any means. Most organizations hold pro hunter screenings on an annual basis to decide who they’d like to bring aboard. The criteria will range from years of experience to specific skill sets. Education isn’t necessary but it never hurts to have background knowledge in wildlife management or courses along those lines! 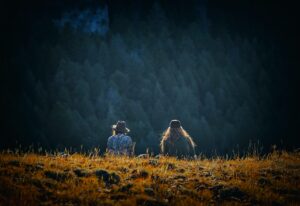 Had you heard of these legendary hunters before? While some may have come as a surprise, it’s interesting to learn from those of the past and take their unique skills and perspectives with us into the future!

Practice your hunting skills on private land with exclusive access through LandPass. Our free app connects landowners and hunters to provide you with a hunting experience unlike anything you’ve seen before! Contact us today to learn more and keep up with our blog to find the best hunting and fishing tips each week.