The Most Dangerous Animals to Hunt in Canada

Hunting can be a dangerous game. After all, mixing guns with wild animals and the unforeseen forces of Mother Nature can equate to threatening conditions. The fear of having an unusual encounter can be irresistibly enticing to some hunters who live for the adrenaline rush. Meanwhile, others are concerned about their safety, as they should be! Canada’s geography is so vast and widespread that even the most experienced hunters may come across animals they wouldn’t usually run into. These are the most dangerous animals to hunt in Canada and how to stay safe around them.

Most dangerous animals to hunt: 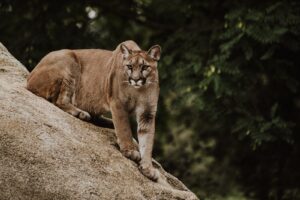 Canada surprisingly has an astounding number of cougars within the country, with 40% of attacks in North America happening in British Columbia. Cougars typically make an appearance around November when they stalk their prey before going in for the kill. If you come in contact with a cougar, remember to act strong and make yourself look as large as you can. Playing dead won’t do you much good with these animals unfortunately. 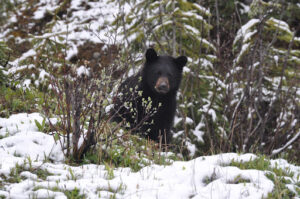 Bears are notorious for their attacks on humans. They are one of the most dangerous animals to hunt in Canada, as they see us as intruders. In ‘bear country’, we are taking over their turf and they don’t like it one bit! But can you really blame them? If you happen to find yourself too close for comfort in the midst of a hunt, don’t make sudden movements that could surprise them. Back away slowly and try not to draw any more attention to yourself. 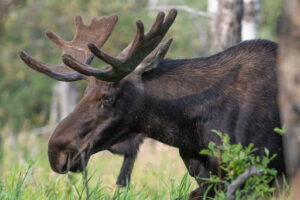 While a moose may look friendly from afar, you might not want to judge this book by its cover. They remain one of the most dangerous animals to hunt in Canada, as they tend to charge when they feel threatened. With the ability to kick with their front or hind legs, there are countless ways in which a moose can hurt you. No one wants to play those odds! 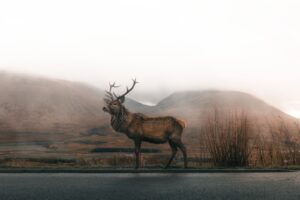 Elk is commonly hunted in Canada, therefore many people underestimate their danger. Their aggressive nature can be unpredictable if you get too close. Males get especially aggressive during mating season and the females do so in the spring calving season. If you want to get back from your hunt in one piece, keep your distance and be aware of your surroundings because trust us when we tell you that you don’t want to fight off an elk. 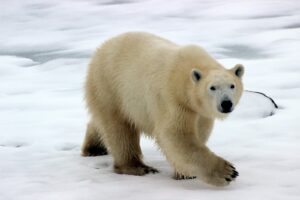 Although your odds of running into a polar bear are slim, they still remain one of the most dangerous animals to hunt. See, polar bears used to hunt for seals where the ice caps are now melting and therefore they’re slowly moving closer to civilization. They are the largest predator on earth so if you get too close they will hunt you back without hesitation! 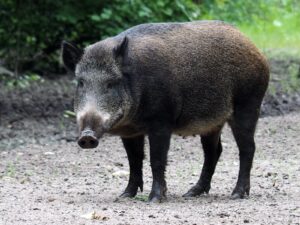 Wild boars aren’t the most common animal to stumble upon during a hunt in Canada. With that being said, there are some that have made Canada their home and if you intend on hunting them, it’s important to know how threatening they can be. If you don’t shoot to kill, you’ll have an injured and frightening animal on your hands. Their large and sharp tusks can cause more damage than you’d think.

How to stay safe

If you happen to come across some of these most dangerous animals to hunt, what would you do? Are you adequately prepared in case of an emergency? Do thorough research ahead of time so that there are no surprises when you show up to hunt and always avoid hunting on your own.

LandPass is a free hunting and fishing app that provides you with exclusive land use. With information regarding each property, you’ll be able to assess potential risks to ensure your safety. If you’re interested in beta testing the app, reach out to one of our team members today! info@landpassinc.com